Ludwig Rocker 2 drum set this Vintage 1988 of a drum set! A lot of extras 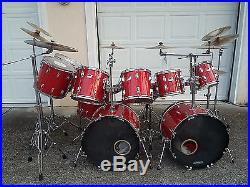 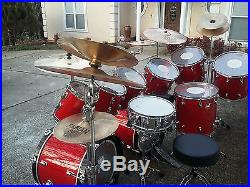 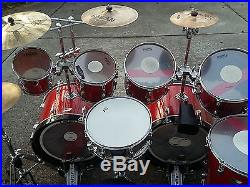 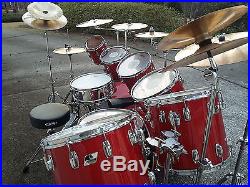 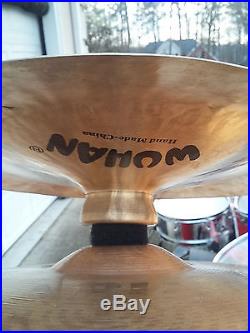 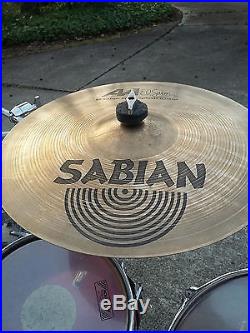 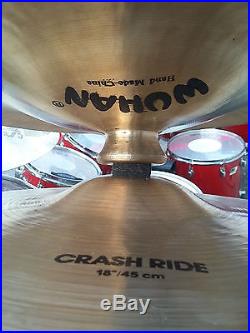 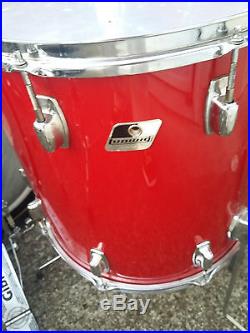 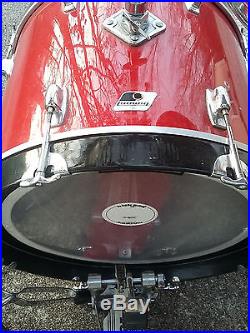 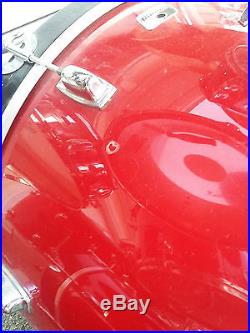 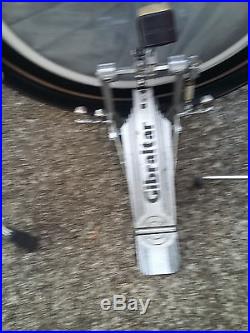 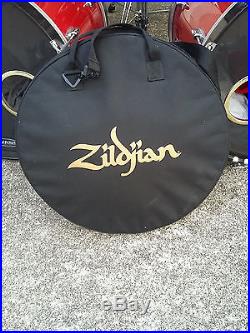 Rocker 2 series Rocker power plus 1988 red fury LR2220 RM 10 piece Drum set 19 piece including Cymbals! 1988 Catalog Pages – Ludwig Rockers. Ludwig Rocker Series Drums. Remember “Clothes Do Not Make the Man” and Heads Do Not Make The Drum! If you have come here thinking your drums are Ludwig Rockers because your drum heads say Ludwig Rockers then there is a chance they are not! At least you can find out on this page. Ludwig Rockers heads can go on any drum set, so you need to look at the badges and the lugs. If your drums have the Black and White Ludwig Badges then they are the early Rockers or the S/L series drums. There were three version of the Black and White badges.. If they do not have any of the Black and White badges then you should look on the Ludwig Badges page and refine your search not to include Ludwig Rockers. Some info on Rockers…. Introduced in late 70’s as a budget drum kit called the Combo and Combo II, then replaced by the Standard line, and around 1984 called the S/L Series. (These are not Rockers lines of drums) The Rockers were the first drums made in the, then new, Monroe, NC plant. The Chicago factory was closed around 1985 and all US Ludwig production then went to NC. They were 4 ply shells, 6 or 7 mm thick and made of poplar and birch. The same shell was eventually used on the higher priced Super Classics. There were also two versions… Rocker and Rocker II. Rocker had the same lugs as the Classic line along with good solid bass drum spurs and tom holder. Rocker II used the standard 1969 lug and cheaper thinner hardware. It also had a grey flecked paint finish inside the drum so that less visually appealing pieces of wood could be used there. The Rocker Series from 1984 – 1994 had 4ply shells with clear laquer inside. The Rocker-II-Series from 1984 – 1994 had 4ply shells with coated grey laquer inside. They is a small blemish on one of the bass drums two 15 x 22 bass drums one 16 x 15 floor Tom one 9 x 8 mounted Tom one 9 x 10 mounted Tom one 11 x 12 mounted Tom one 12 x 13 mounted Tom one 13 x 14 mounted Tom one 14 x 15 mounted Tom one 14 x 6.5 snare bass drums are constructed of six ply maple/popular wood toms are constructed of four ply maple/popular wood symbols consist of Sabian cymbals one 20 ride cymbal one 14 heavy bottom El Sabor one 14 medium high upper cymbal one 13 AA El Sabor bore salsa splash cymbal one 14 crash one 16 AA right crash cymbal Paste Cymbals. One Alpha 10 splash Wuhan China Cymbals One 14 Wuhan China crash One 12 Wuhan China crash two Gibraltar bass drum pedals one PDP drummers throne one Zildjian cymbal bag two tama cymbal stands one ludwig cymbal stand one Mapex hi-hat stand. The item “Ludwig Rocker 2 drum set this Vintage 1988 of a drum set! A lot of extras” is in sale since Wednesday, March 01, 2017. This item is in the category “Musical Instruments & Gear\Percussion\Drums\Sets & Kits”. The seller is “hairmantheater” and is located in Hampton, Georgia. This item can’t be shipped, the buyer must pick up the item.